Posted on December 28, 2014 By sharonprosser 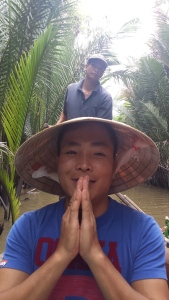 My 3 weeks in Vietnam were characterised largely by the motorbikes I described in my last post and, sadly, rain. Thankfully, it didn’t dampen my spirits (see what I did there?) or my enthusiasm for this crazy country, although my photos are a bit dull as a consequence. I ended up spending a week in Hanoi, a visit to the doctor costing a lot, but curing the cold at long last, and fell for its madness. Initially because I was just able to hang out and soak it all up, waiting to meet my new family and mourning the loss of my Laos boys, (and I am sure a couple of nights in the legendary Metropole Hotel helped) and then subsequently thanks to another great guide, Tuyen. More on him later.

Whilst in Hanoi we went to Halong Bay and spent the night on a boat in the Bay – stunning scenery that many compare to the Thai Islands but in my opinion is better, albeit not the kind of water you fancy jumping into. Having stopped by the wedding that I mentioned in the last blog, we headed back to Hanoi before catching an overnight sleeper train to Hue. You may recall how fond I was over the overnight sleeper train in Thailand. This was worse. We had the “luxury” of our own sleeper cabin, compared to the sleeper carriage in Thailand. But that was as good as it got. And when we spotted the mouse early on, there wasn’t much sleep to be had. 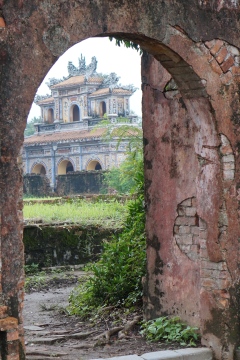 Hue is Vietnam’s Imperial City, built two centuries ago to house the country’s emperors of the time. I am not usually into architecture so surprised myself with how taken I was with the buildings and general ambience of the citadel. I am also not usually into motorbikes but loved being driven (are you driven on a motorbike??) around the countryside visiting the various tombs in the Valley of the Kings. We also visited a fortune teller in a local market. Freakily, she told me exactly the same thing that the only other fortune teller I have ever seen (over 10 years ago) also told me. And not something very generic either… let’s see if it happens ☺

Having my fortune told…

From Hue, we moved on to Hoi An, which reminded me a lot of Luang Prabang in Laos, and similarly has been designated a UNESCO World Heritage Site. It was also the place where I spent most of the plastic money I referred to in the last blog, as it is renown for its tailors and jewellery makers. So when (yes, when, not if!) I return to work, I will be bejewelled and newly suited up, assuming, that is, that I don’t put on any weight between then and now, as everything was made to fit the “travelling me” as opposed to the “I am working too hard so will eat myself happy” me.

The bad weather continued as we got to Nha Trang – our beach stop for 2 days, where I had blithely assumed I would be kicking back and topping up my tan. As I dipped my toes in the South China Sea, determined to swim in it notwithstanding the fact that it was bloody freezing, I had a massive flashback to a conversation with Angelina when she was helping me plan this trip, and a face she pulled as she said ‘you may want to check the climate at that time of year in Nha Trang’….She had a point.

braving the cold in the South China Sea

So by this time we were starting to feel a little disillusioned and the resort did nothing to brighten our spirits – a beach holiday destination reminiscent of a low budget resort in Turkey, complete with a million Russian tourists. It was at least a little warmer than the North and lovely to sit by the beach in the evening listening to the waves crash on the sand and hearing Christmas songs being played. Having arrived in Nha Trang after 10 hours on a day train, and having left there on an overnight train (yes, another one! I am so over this mode of transport) 2 days later, we arrived in Saigon (Ho Chi Min City) pretty exhausted and fed up.

I only had a couple of days in Saigon so didn’t get to explore much. It seemed to be more commercialised and upmarket that Hanoi, which appealed to the others in my group. For me though, Hanoi will always come out top. I would love to go back and spend more time there, and also head North into Sapa, where there is a lot of trekking to be done and hill tribes to visit – a big regret of mine that I didn’t make the time to go there. One thing in Saigon however that will always stick in my mind is the War Remnants Museum. If I tell you it used to be called “The House for Displaying War Crimes of American Imperialism and the Puppet Government” you may get some insight into the degree of propaganda that still exists in Vietnam. I wish my historical knowledge were such that I was able to view the museum with a better understanding of what actually happened (because only one side of the story is told in the museum – and a very sobering one), but I certainly left it with a desire to find out more about the background to and events during the Vietnam War.

Having thought a group of 5 through Laos was small, discovering we were just 3 (girls) for the 2 week journey through Vietnam was a bit of a shock. But it worked. It better enabled Tuyen to show us the real Vietnam – making us squat on tiny stools in small cafes and on the pavements in “local” restaurants trying out different types of street food rather than eating in tourist restaurants, marching us through the streets rather than jumping in taxis, and obviously taking us to the wedding I mentioned in my last post. I think part of Vietnam’s appeal was the fact that the chaotic way of life represents something completely at odds with my more ordered life at home and so challenged my boundaries in a certain way. 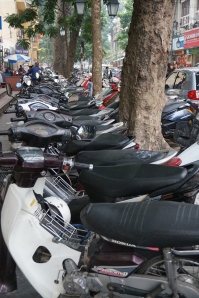 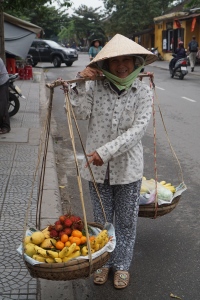 street seller in Hoi An 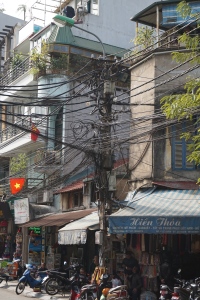 From the crazy electric wiring hanging precariously from every street lamp, the mental driving system, street sellers touting their wares at every step, people cramming the pavements in street cafes, playing backgammon or eating hotpot with their friends,to the mobile karaoke man wheeling his music system down the street and serenading us whilst we ate, and the aerobics class in the public square competing for customers and music with the neighbouring ballroom dancing class – It really was sensory overload. And whilst the hawkers became tiresome, and the ‘tip tip tip’ request from one boat man after a 30 second journey was uncomfortable, this aspect paled in comparison to the amazing vibe that I got from the country.

I had visited the Women’s museum in Hanoi that celebrated (funnily enough) the women of Vietnam and had a floor dedicated to the role played by women in the war, both in terms of the war effort, and the fact that so many women lost husbands and sons during the war. This recognition of family values was a theme that has run throughout the entirety of my trip around South East Asia. Family is the central tenet of life. Respect for elders is paramount and the manner in which you address someone depends on whether they are older than you. Families stick together and look after each other, and the only time elderly people would go into any kind of home is if there was no living relative to look after them. Admittedly this is in part due to a lower standard of health care, but irrespective of that I have been struck by the strength of commitment to the importance of family life, and respect for cultural values. Our guide, at 34, was the embodiment of this and also an indication that the values still hold strong in younger generations. Food for thought in our Western culture….

It seems only appropriate therefore, that I should end this blog talking about my own family. A slight tangent, as it is nothing to do with my trip so apologies for being self indulgent, but my parents celebrate their golden wedding anniversary today. 50 years. Blimey. 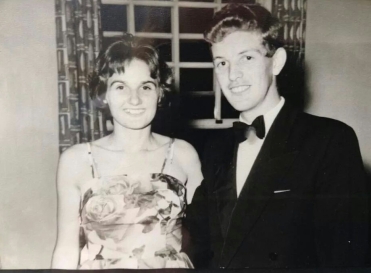 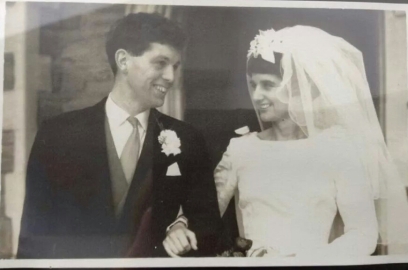 I don’t know how they have done it. I am not sure they know either. But what I do know is that they have stuck together through thick and thin, and supported Wendi and I through numerous challenges, several of these in more recent years when they probably thought they would be enjoying a quiet life and ours would be sorted. Mum and Dad are the most selfless, honest, funny, caring people I know and I am the person I am (assuming you think I am a good one) because of them. The manner in which they have embraced my present journey has exceeded any expectations I could have had. They encouraged me to go when I thought they would tell me I was bonkers to risk losing my job, they have mastered the ipad so that we can keep in touch by facetime, and enthusiastically read up on all the countries I am visiting. It has given me a new level of appreciation and I love them more now than I ever have. I am glad I was a special chosen child, because it means I had the privilege of being their daughter, and the pleasure of my sister and my extended family. I know a lot of people think locking children under the stairs and giving them regular beatings is bad, but I think I turned out alright… (sorry, Prosser humour). I am saying all this on the blog because in our family we don’t do face to face emotion. So Dad: I know if I was there you would proffer your cheek and so I peck it back. Mum: here’s a hug where your glasses as always get in the way as they hang round your neck. Congratulations on an amazing milestone, thank you for being brilliant parents to both of us. Have a lovely day and a great trip to St Lucia to celebrate and I look forward to the party when I am back. And just so you know, in keeping with the SE Asian culture of the eldest sibling being in charge, Wendi assures me she will look after you when you get old(er)…